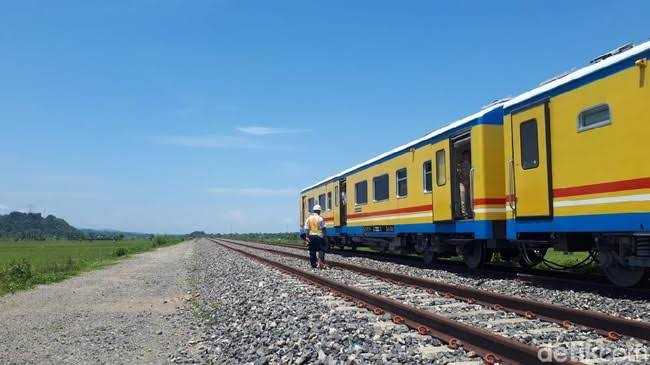 The construction of the Trans Sulawesi railway line across Makassar - Parepare is entering the operational stage. To that end, the Indonesian Railways Society (Maska) encourages people to use this mode of transportation.

The General Chairperson of Maska, Hermanto Dwiatmoko, stated that the construction of the 145 km Trans Sulawesi railway line across Makassar - Parepare was initiated in 2001 through the preparation of a Master Plan study and a Design Study, which construction began in 2014 through a budget from the APBN and some PPPs (Government Cooperation with the Agency Business). By 2021, some have been completed and put into operation.

"It is hoped that in 2022, the Makassar - Pare-Pare line will be able to start operating for both passenger and freight transportation. The potential for transporting goods from several cement factories to be transported to ports and for distribution in the South Sulawesi Province which currently uses truck transportation can be moved to train transportation, although it is realized that the cost of rail transportation for short distances and the amount is slightly less profitable," said Hermanto in a written statement, Wednesday (18/8).

For this, he added, he saw the need for a study of what policies the central and local governments should take so that it would be interesting for owners of goods to switch from truck mode to rail mode, as well as provide the greatest benefit to the people of South Sulawesi in particular.

Considering that, said Hermanto, the traffic congestion between Makassar - Parepare has begun, it is very urgent to operate passenger trains, although initially it can only be operated by pioneer passenger transport, but in the long term business passenger trains can operate between cities so that it is expected to increase mobility. people in South Sulawesi and in the end can improve the economy of the South Sulawesi region.

"The operation of the Makassar - Parepare line is expected to be the starting point for the implementation of Law 23 of 2007 whose spirit is to encourage the creation of multi-operators of railway infrastructure and facilities for healthier competition," he said.

In addition, explained Hermanto, the addition of new railway lines should also be a means to create new markets for the Indonesian railway industry, both in the field of railway infrastructure and facilities, as well as the creation of new job opportunities. The Railway Infrastructure Organizing Business Entity (BUP) has been appointed by PT Celebes Railway Indonesia (PT CRI), while the BUP Sarana has not yet been established.